Bodies Can Treat Fast Food Like a Dangerous Infection

We all know that a good diet can influence our health and our willingness to face our daily lives. The secret is not just eating fruits and vegetables. Rather, eat a balanced diet with all foods in the right amounts. That’s because our bodies need a little of each food for us to have a healthy life. 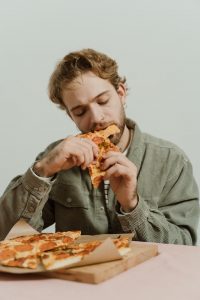 But of course we are not always able to follow this healthy diet and we end up eating some, or many, junk food. Sometimes many people’s diets can be primarily fast food .

And what many don’t know is that the immune system can respond to a fast-food diet the same way it responds to a bacterial infection, as shown in a 2018 study in rats. These findings have raised questions about how eating hamburgers and pizzas, for example, can be harmful to health.

In the study, the rats were fed the equivalent of a so-called “Western diet”, which is rich in saturated fats, sugar and salt, for a month. at that time they did not receive any fresh fruit, vegetables or fiber. The animals showed an increase in the number of immune cells in their blood. An increase that would also happen if they had been hit by a microbial infection.

Furthermore, according to the research team, this aggressive state of alarm that fast foods trigger can last for a long time. “The unhealthy diet led to an unexpected rise in the number of certain immune cells in the mice’s blood, especially granulocytes and monocytes,” said Anette Christ, a member of the team at the University of Bonn in Germany.

Scholars said these white blood cells pointed to certain genes that were turned on by the mice’s diet. These genes contain progenitor cells, which are responsible for forming an army of immune cells.

This genetic trace is important because it is these cells that were previously discovered to have a type of memory to deal with the biological attacks that the body undergoes.

That is, once the body begins to react to a fast-food diet , going back to a healthy diet may not be enough to completely undo the changes. And that could have health implications. 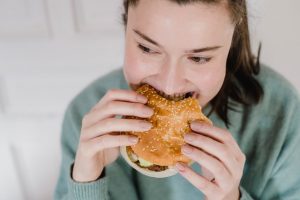 This has actually been observed in rats. When they returned to a regular cereal diet after a month, the inflammation disappeared, but the genetic reprogramming that made the animals more sensitive to a future attack continued.

“It was only recently discovered that the innate immune system has a form of memory. After an infection, the body’s defenses remain in a sort of state of alarm, so they can respond more quickly to a new attack,” explained Eicke Latz, one of the researchers at the University of Bonn.

Usually what produces this response is an infection, but in this case it was the equivalent of a fast-food diet. Which means that inflammation, and all the problems related to it, such as type II diabetes, can be triggered in the future.

So far, evidence has only been seen in mice. Even though these animals are chosen for their similarities to humans, this still cannot be stated with certainty for us.

“These discoveries, therefore, have important social relevance. The foundations of a healthy diet need to become a much more important part of education than they are today. Children can choose what they eat every day. We must enable them to make informed decisions about their eating habits”, concluded Latz.